Do you know the difference between kidney stones and gallstones? Despite the similar names and sometimes confusion because both cause abdominal pain, the two situations are completely different, affecting different systems. In this post, we explain what it is and how they behave.

The most frequent causes for the existence of kidney stones are related to insufficient urine volume caused by dehydration or low daily fluid intake, in addition to metabolic disorders that result in excess urinary excretion of calcium, phosphate, oxalates, and cystine or low excretion urinary citrate. Metabolic disorders of uric acid and the parathyroid gland can also cause kidney stones.

Calculus in the gallbladder

Also called stone or gallstone, gallstone is related to the hepatic system, associated with the liver. These stones form in the gallbladder and can be found there or in the bile ducts. The bile duct system connects the gallbladder to the duodenum, which is the first portion of the small intestine.

It is important to point out that the gallbladder’s function is to store the bile produced in the liver, which will be used to aid in the digestion of more fatty foods. As a result, many people with gallstones may experience abdominal pain and discomfort when consuming fatty foods. Like kidney stones, gallstones also form from the agglomeration of crystals, but for different reasons.

The presence of gallstones is associated with problems with the solubility of cholesterol and bilirubin (substances present in bile), which hereditary, metabolic, or organic factors can cause. In addition, some risk factors for the formation of gallstones are associated with women of childbearing age or over 40 years of age, obesity, a high-fat, low-fiber diet, estrogen therapy, and a personal history of hemolytic anemia.

How to differentiate symptoms of kidney stone and gallstone?

Although both are characterized by severe pain and, in some cases, nausea and vomiting (often resulting from the pain itself), there are peculiarities in the symptoms that make it possible to differentiate the two situations.

Biliary colic, caused by gallstones, is characterized by abdominal pain, most often in the front of the abdomen and on the right side of the body. If gallstones shift and obstruct the bile ducts, jaundice (yellowing of the skin and whites of the eyes) may occur. Suppose the condition progresses to cholangitis (infection of the bile ducts) or pancreatitis (inflammation of the pancreas). In that case, abdominal pain will be continuous, accompanied by fever and severe impairment of the patient’s general condition.

The kidney stone has severe pain in the back (back), on the side of the body where the stone is moving. Also, pain may radiate to the genital region. There may also be blood in the urine. The most frequent complication associated with kidney stones is urinary tract infection and is especially dangerous in patients with diabetes or another immunosuppressive medical condition.

In addition to clinical evidence, imaging tests can help in the search for a definitive diagnosis and treatment initiation. Kidney stones can be diagnosed using X-ray, ultrasound, or CT scan.

Gallstones are best identified through an ultrasound examination of the abdomen. The test is important to identify the stones’ existence and better understand their location and whether there is an associated inflammatory process.

Top 11 Foods to Clean Your Arteries that Can Prevent a Heart Attack
9 healthy foods for your heart
What is a Healthy Lifestyle?
Top 8 Virtual Reality Apps for Healthcare 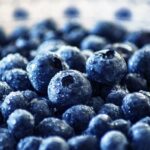 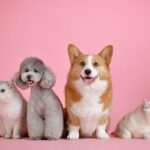